Success in presenting the 5G type in the serial number. This time, realme focuses on performance and a 108MP camera on realme 9 which has 4G connectivity. The large camera resolution integrated with the sensor from the latest Samsung HM6, can provide sharper and higher quality images. Not only on camera features, realme wants to present a complete package in the Rp 2 million smartphone segment. Like the latest Qualcomm chipset and also the dimensions are compact and thin. realme 9 4G also brings extensive storage which consists of two variations, namely 6GB/128GB (online exclusive) 8GB/128GB (offline exclusive) with dual-channel LPDDR4x.

realme 9 4G comes as a realme product with a light weight of 178g and a slim 7.99mm, very comfortable when held. In terms of design, the rear body of the realme 9 is inspired by the light from the desert. When the reflection of the sun shines on the back of the body, the color of the realme 9 will change, as if showing the effect of waves on the body of this smartphone. Through 6 layers of exquisite workmanship, realme for the first time combines the Plasma Atom-coating Process and UV-nano Imprinting Process to create wavy 3D textures. realme 9 is coated with a dynamic 3D ripple texture created through an innovative Plasma Atom-coating and UV-Nano Imprinting process. With this technique, you are able to display designs with wavy light effects like waves.

realme has always been known to be able to present the latest technology and is suitable for young people. This is proven because the realme 9 4G uses a Snapdragon 680 processor at a price of Rp. 2 million which is the latest 4G chip from Qualcomm. Snapdragon 680 with the most advanced 6nm fabrication process in its class. With the new Qualcomm 4G chip, it can improve smartphone performance when playing games and other activities.

The operating system also brings a range of new features to help protect user privacy, and system-wide improvements to make smartphones faster and smoother than ever. Big Battery & Fast Charging

On the energy source, realme 9 is supported by a large 5000mAh battery that is able to meet all day activities. Not only that, a large 5000mAh battery has a charging speed of up to 33W with Dart Charge technology. Able to charge a smartphone can be fully charged 50% in just 31 minutes. realme 9 can be used in standby mode for approximately 48 days of phone calls, can last up to 48 hours and 18 hours thanks to Super Power Saving Mode. Even though it has a charging speed of 33W, the charger adapter has Five-core security, which is able to provide protection such as: Adapter overload protection. Dart charge condition identification protection. Interface overload protection. Overcurrent-Protection. voltage overload protection Battery fuse protection.

realme 9 features an advanced 108MP Triple Camera consisting of a 108MP Samsung ISOCELL HM6 main camera, an 8MP Super-wide Lens, and a 4cm 2MP Macro Lens. There are 3 advantages of the Samsung ISOCELL HM6 Image Sensor. First, Nonapixel Plus technology which is a new 9 in 1 technology. Unlike HM2’s traditional 3-average technology, this technology actually combines 9 pixels into one.

That way, it is able to produce low-dark light light sensitivity and the noise control capability feature has been improved so as to create maximum performance for night shooting. Thanks to smart ISO support, the maximum brightness of the HM6 sensor is increased by 1.6 times in low light conditions. Second, the autofocus feature is up to 9 times more precise. Since the pixels are 100% equipped with PDAF, the HM6 sensor’s focus accuracy rate is 9 times higher than that of the HM2. With this feature, it is able to make focus faster and make it easier to take photos for clearer and more detailed results. Third, 3x in-sensor zoom. realme 9 uses ultra-zoom technology in the HM6 sensor sensor to take photos equivalent to photos taken with 3X optical zoom. With the incorporation of algorithms, you are able to make photos that, when enlarged, still look clearer and more detailed. realme also features Street Photography Mode 2.0 which is a favorite feature of realme fans. This feature got updates like the 90s Peak & Zoom and Pop filters.

In terms of appearance, realme 9 is equipped with a Super AMOLED screen with a size of 6.4 inches and a refresh rate of 90Hz. This combination makes the experience of watching videos and playing games even more satisfying. realme 9 4G screen brings a touch sample rate of 360Hz. Makes touch and shift on the screen smoother, can produce 90 frames per second. The 90Hz display has a 50% higher refresh rate when compared to a conventional 60Hz display. That way, presenting a smooth and sharp visual. In addition, the realme 9 4G has a screen resolution of FHD + (2400 × 1080 pixels), 90.8% Screen-to-Body Ratio, which is coated with Corning Gorilla Glass 5. There are other features such as In-display fingerprint Unlock smartphone very fast. With eight types of smartphone unlock animation, which will continue to be added in the future. The in-display fingerprint sensor on the realme 9 is also integrated with heart rate detection which is 98% accurate. However, with a note, that this heart rate detection is not a medical tool that can diagnose further but only as a reference.

realme 9 4G deserves a loan, because the features it brings are fairly complete for the Rp 2 million price segment. Because like the 108 MP camera, Fast Charging, and 90Hz screen quality are only used for High End to Flagship devices. So, don’t hesitate anymore to immediately turn the realme 9 4G into a device to fulfill your daily activities. 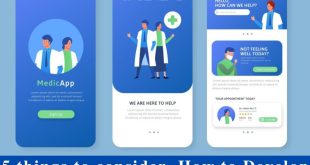 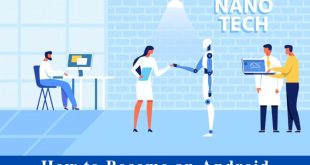 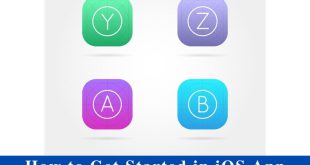